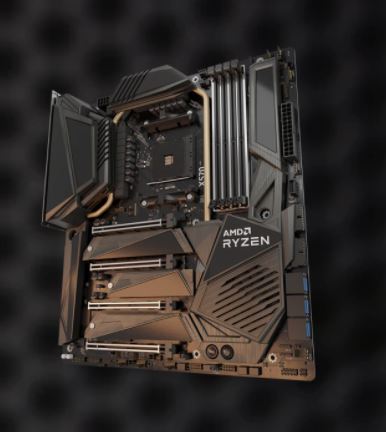 Selecting an AMD Based Motherboard

Motherboards are one of the most essential components of any PC build. The motherboard you choose for your computer will determine all of the other components that are compatible with your PC. Everything from your CPU to storage drives and RAM connects to your motherboard. This importance of motherboards is why they are considered the best starting point for almost any computer build.

Chipsets such as B550 and B450 help to differentiate between the features and uses of various AMD motherboards. Along with the chipset, the socket of the motherboard will confirm which CPU the component supports. B550 based motherboards are the most popular among AMD processors because they are feature rich components at an affordable price. The highlights of B550 motherboards include USB 3.2 ports, multiple high speed PCIe lanes, and the possibility of integrated WiFi 6 capabilities. B450 based motherboards function similarly to B550 and feature the same socket but can be limited to more basic features or lesser peripheral support. Both the B450 and B550 chipsets make for excellent motherboards for gaming. Deciding between the two will be up to you and what other features you wish to have in your final build. Both chipsets will also come in multiple form factors or sizes, making them viable for just about any PC build.

ATX motherboards are the most common form factor because they are the largest and easiest to build with, as well as being the most readily available. Smaller motherboard form factors such as microATX or Mini ITX are great for office based machines or any computer that has to fit within a limited space. However, building on a Mini ITX footprint compared to an ATX motherboard can be more challenging for other reasons.