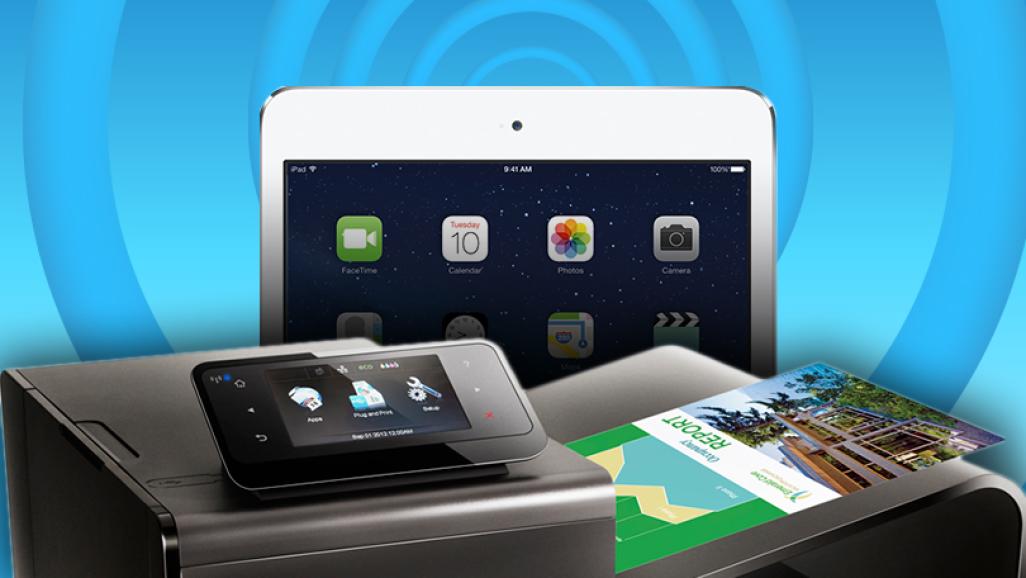 How to Print From Your iPad

How to Print From Your iPad
If you need to print from your iPad, there’s no single “best” way to do it. Here’s what you need to know about Apple’s AirPrint utility, along with some alternative mobile printing solutions.

5 Ways to Print From Your Tablet
As Apple iPads have become commonplace in homes, as well as essential tools for many businesses, the demand for easy ways to print from them has grown. A variety of printing methods has emerged to meet this need. They fall into five general categories, which we’ll visit here: Apple’s own AirPrint utility; print server utilities that install on a computer on your Wi-Fi network; manufacturers’ and third-party iOS printing apps; cloud printing services; and email printing. Because many of the solutions are OS-dependent, most iPad printing solutions are similar to, and in many cases identical to, the solutions for printing from iPhones.
1. AirPrint
Since late 2010, Apple’s own AirPrint utility, incorporated into iOS versions since 4.2, has been a quick and easy way to print from a Wi-Fi-connected iPad to a compatible printer on the same network. All iPad models support AirPrint. The utility has a limited selection of print options, letting you choose the number of copies, plus a few other details. The good news is that most recent wireless printers support AirPrint.

With AirPrint, you can print documents from Apple programs such as Photos, Safari, Mail, and iPhoto, as well as many third-party apps. When you open a document in an AirPrint-compatible program, you can access the Share button through an icon (usually a forward arrow) at the top or bottom of the screen. It should reveal a print option (as well as social media sharing options). Press Print, and the Printer Options screen should appear. Press Select Printer, and the app will search for AirPrint-compatible printers on your Wi-Fi network. Once you choose a printer, you’re ready to go. 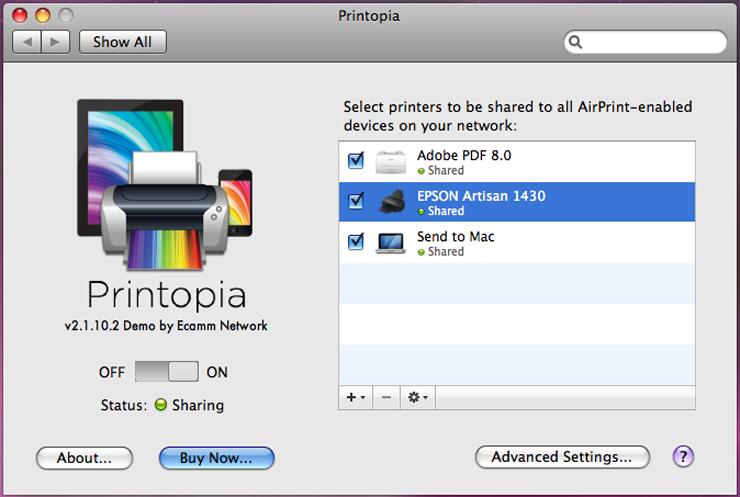 If your printer doesn’t support AirPrint, you can grab a utility that, in effect, makes it AirPrint-compatible. (The printer can even be USB-connected, as long as it’s on a Wi-Fi network.) These programs function as print servers and can be installed on a computer on your network. With Printopia, for instance, you need to install the software on a Mac. Presto (which was previously known as FingerPrint 2 at the time we reviewed it) is compatible with both Windows and Mac.

Print servers tend to add some extras to AirPrint’s functionality. Presto is also compatible with Google Cloud Print, and it allows iOS devices to discover printers via unicast Domain Name Servers (DNS), instead of the (allegedly less reliable) multicast DNS that AirPrint itself uses in discovering printers. Printopia, meanwhile, lets you “print” a copy of the file you’re printing to your Mac, to Dropbox, to Evernote, or to one of several similar cloud-based services. 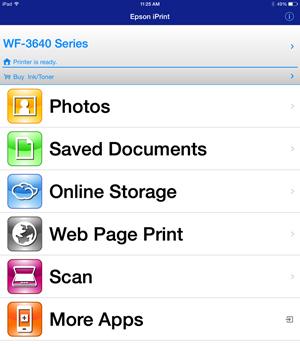 Nearly all of the major printer manufacturers now offer apps that let you print from your iPad (or other iOS device) to their brand of printers that support Wi-Fi connectivity. These apps tend to offer a much wider range of features and printing options than AirPrint does. The iPhone and printer must be on the same Wi-Fi network; if the printer is compatible, the app should readily detect it.

These apps generally let you print a variety of document types, and in many cases they have their own browser (with limited features) for loading and printing web pages. Some of these apps are rather bare-bones, while others, such as Samsung Mobile Print and Epson iPrint, let you initiate scans from your iPad, and offer a variety of printing functions. Many of these apps integrate with various cloud services to allow printing from them, as well.

Third-party app makers have also gotten in on the fun. Thinxtream Technologies, for instance, offers the PrintJinni app, which lets you print from an iPad to compatible printers from a number of manufacturers. 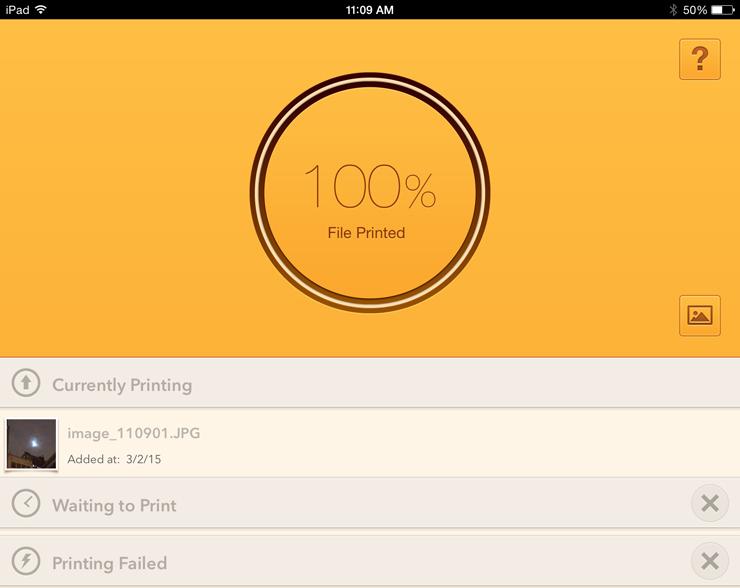 Cloud printing services such as Cortado’s ThinPrint Cloud Printer and Google Cloud Print let you send a file from your iPad to their respective cloud service, which processes it into a printable form and sends it to a printer designated by you or your company.

One advantage of cloud printing is that you can print to the cloud printer from anywhere (as long as you’re connected to the Internet). Another is that you can print to it from multiple platforms: desktops, laptops, and mobile devices running other operating systems. A drawback is that support for printing tends to be from a limited selection of apps, which are usually major productivity apps, but often not the iPad’s email client or Safari.

Google Cloud Print, for one, is predictably centered on the Google ecosystem; with an iOS device, you can print from Chrome, Gmail, Google Docs, and other Google apps, but little else. PrintCentral Pro is one of the few iOS apps that lets you print a variety of document types to Google Cloud Print.

5. Email Printing
Three of the major printer makers offer a nifty printing solution: via email. HP’s is through its ePrint feature (not to be confused with the HP ePrint Home & Biz mobile printing app); Epson’s is via Epson Connect’s Email Print; and Canon has a Print from E-mail function. When you sign up for one of these services, your printer is assigned a unique email address. When you email a document to that address (from your iPad or any other device, from anywhere in the world), the printer will automatically print them out.
As iPads have proliferated, so have the methods available to print from them. Which of these is the best solution depends on your needs.

AirPrint offers quick, easy Wi-Fi printing, but not all printers are compatible with it. Printing apps generally offer more features than the other methods, but they are supported only by specific branded printers. Email printing is a great method, but only select printers support it. Cloud printing services are best suited to offices, or to people who use the productivity apps they tend to support.

In most cases, if need be, you can combine several of these methods to increase your ability to print to multiple printers, and to print different document types. There’s no one-size-fits-all iPad printing method. But among these different methods, you should be able to find an effective subset that works for you. (Apple computer users can also check out our roundup of the best printers for Macs.)